Press for Future of Cities: Leading in LA

In a recent panel at LACMA's Bing Theater with restaurateur Bill Chait, co-owner of Bestia, Republique and Otium (the new restaurant at the Broad museum)and tech investor Kara Norman, moderated by Heather Mason, discussed the future of service labor in L.A. Though food service and tech industries are very different worlds, both are currently rethinking labor practices that may be mutually beneficial to the employee, employer and consumer. By addressing health benefits and fair wage, Chait and Norman, seem to hint at a balance among all participants of their economies that would more resemble a symbiotic community.

Future of Cities launched last month with a large gathering at LACMA to discuss civic leadership and the future of Los Angeles. I was skeptical of what an initiative like this could really achieve, but I have to say, I was impressed by the breadth and depth of the topics and speakers. I think my favorite tweet of the night came from @cmonstah: “Part of what makes LA such a great place is we are so deliriously uncouth.” By all accounts it was an incredible and dynamic evening. I think Bojarsky and the event’s organizers proved that a broad swath of Angelenos are interested in civic engagement and ready to act. But how? What’s next?

Sports Business '15 to Watch': Los Angeles and the 2024 Olympics – getting closer?

“Everybody at Some Point Figures Out L.A. Is Where They Should Live” Julia Herbst - Los Angeles magazine 10/20/15

Last night, leaders from around Los Angeles gathered in the Bing Theater at LACMA for a singular event: an evening of conversations about the future of the city. Part civic check-in, part brainstorming session, the evening was intended to encourage cross-discipline networking and problem solving.

Convened under the auspices of the new Future of Cities initiative, Moby, Casey Wasserman and others joined civic activist Donna Bojarsky in envisioning "what L.A. is and can be."

Future of Cities is a civic initiative that aims to reinvigorate the involvement of civic leaders in creating a vibrant, cutting edge future for Los Angeles. Given our size and enduring economic inequality, we are indeed a city that needs to better marry vision, leadership and results to fulfill L.A.'s ambitions and achieve our potential.

But here we are, trying to get arms and brains and imagination all the way around this place that can seem as large and mysterious as the Louisiana Purchase of old. I am optimistic, with the caveat that we all know that optimism alone won't take us very far. History can help, I think; history should always be one of the tools by which individuals, groups, or entire societies tackle their present or future. It exercises its power regardless; better to acknowledge and learn from it than to ignore it. First, second, third LA --history marks those sequential divisions and has so much to teach us.

Are Angelenos really engaged—like New Yorkers and Chicagoans—in trying to make our city a better place to live? Do we volunteer and give money to our museums and cultural institutions? Do we feel connected to our city? According to the Corporation for National and Community Service, not really. Los Angeles ranks near the bottom when compared to volunteerism in other big cities.

You might remember my posts back in June on a new leadership gathering of civic activists, power players and others at the Tony Pritzker home above Beverly Hills. The event was well attended and generated a fair bit of buzz. Now it's going public with an October 19 event at LACMA's Bing Theatre called the Future of Cities: Leading in LA summit event, "to make civic leadership a top priority for LA." Admission starts at $100.

Press from our 6/2/15 event. Keep scrolling for pictures of the event.

More than 100 civic leaders, movers and activists gathered to lend support to a new effort to engage Los Angeles leadership in fresh ways….Bojarsky took a show of hands to see how many in the crowd were native Angelenos or had moved to LA (about half and half) then made a point by asking how many planned to leave. I didn't see any hands, which gave her an opening to press for their greater involvement in local affairs.

At a kickoff event this week, Donna Bojarsky brought a Beverly Hills living room crowded with movers-and-shakers from virtually every facet of Los Angeles life up to speed on her plans to bring that process back home in a grand new salon whose purpose is nothing less than the reimagination and revitalization of her city’s civic culture. Her new initiative — which is receiving final support from Disney, ABC, Sony Studios, ICM, and CAA — is called Future of Cities: Leading In L.A.

Los Angeles has a rather checkered history with the term “civic engagement.” Its disconnectedness seems to translate into low voter turnout for citywide elections or participation in cultural institutions. Hollywood, the industry, seems more apt to portray the city’s apocalypse than its moves toward livability.

Earlier this week, a group of civic leaders gathered at the Beverly Hills home of Tony and Jeanne Pritzker to try to mobilize an effort to strengthen the civic fabric. The initiative is called Future of Cities: Leading in L.A., led by political consultant Donna Bojarsky, with the first major public event planned for Oct. 19.

“People are not better in other cities,” Bojarsky told the gathering. “They just have more social obligation to do things. So we need a little more push, a little more clash of civic elite, a little more civic competition, in order to make L.A. to really be the world class city we want it to be. Because I hate to tell you right now. We’d like to believe it is a world class city, but we are not quite there.”

Bojarsky is right, of course, that L.A.'s civic fabric has long been flimsy and prone to fray; for many decades, the city has been far better at promoting, and enabling, individual than collective ambition.

Upon visiting L.A. in 1926, journalist H.L. Mencken noted “there were more morons collected in Los Angeles than in any other place on earth.” If he were still alive to be argued with, the movers and shakers at Tuesday’s Future of Cities launch event—including LACMA director Michael Govan, Moby, and our own editor in chief Mary Melton—would have taken Mencken to task. Founded by longtime city activist and Democratic Party consultant Donna Bojarsky, Future of Cities is an initiative that seeks to galvanize Los Angeles leaders into doing away with L.A.’s overt lack of civic cohesion and replacing it with an invested network of impassioned citizens.

Future of Cities is an initiative that seeks to galvanize Los Angeles leaders into doing away with L.A.’s overt lack of civic cohesion and replacing it with an invested network of impassioned citizens," the Los Angeles Magazine report says. "More than anything, the evening provided a platform for partygoers to sound off about where we as a city fall short and how the Future of Cities initiative hopes to turn things around.

It is easy to crap on Los Angeles. A city that has stereotypes by the dozens, a city whose own city-ness is in constant question, a city that often times holds up to those bleach blonde stereotypes (even though let's be honest none of those people are actually FROM Los Angeles). However as a native Angelino, I know it is also a city that is so much more than those stereotypes. 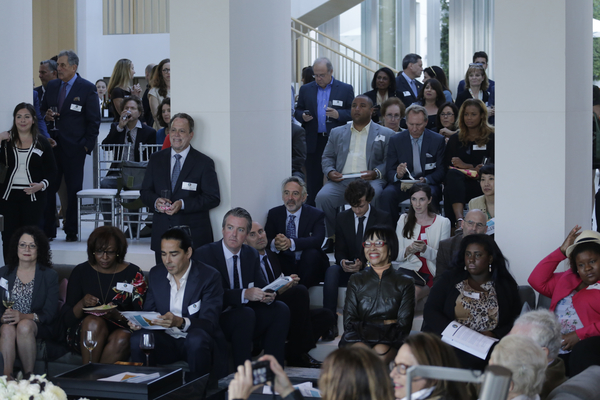 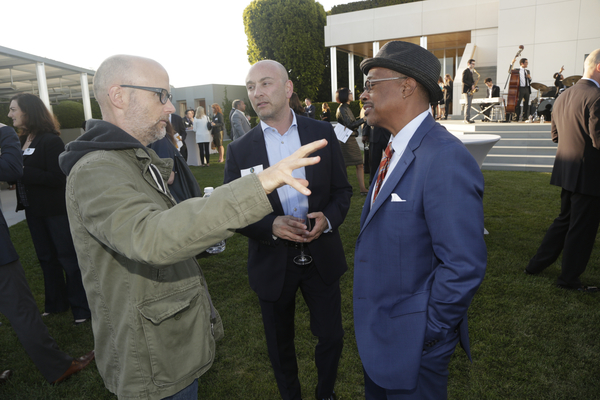 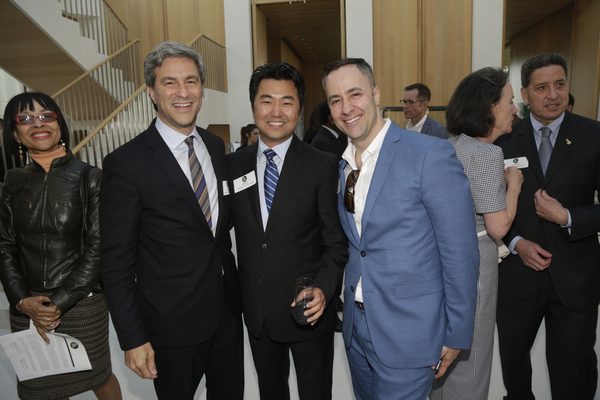 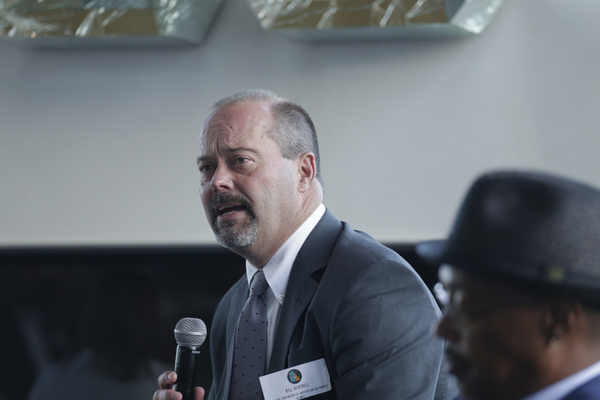 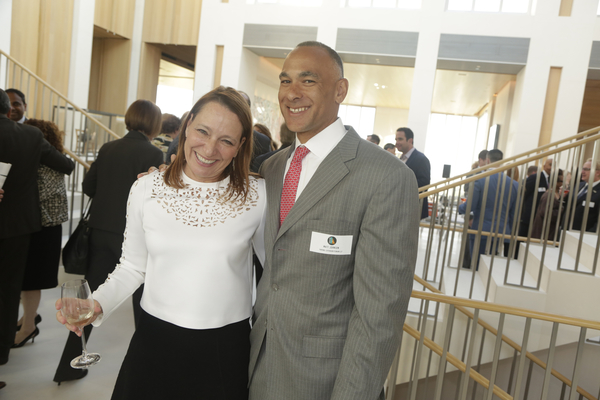 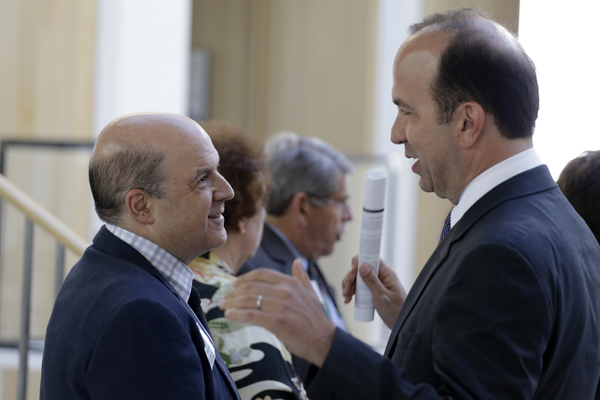 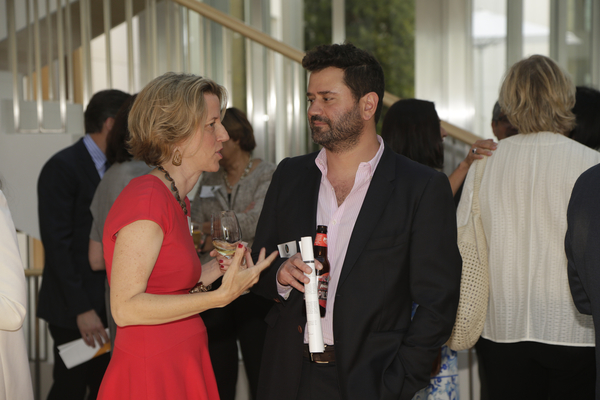 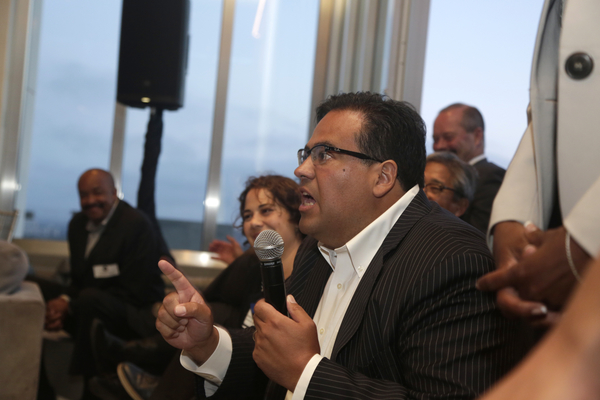 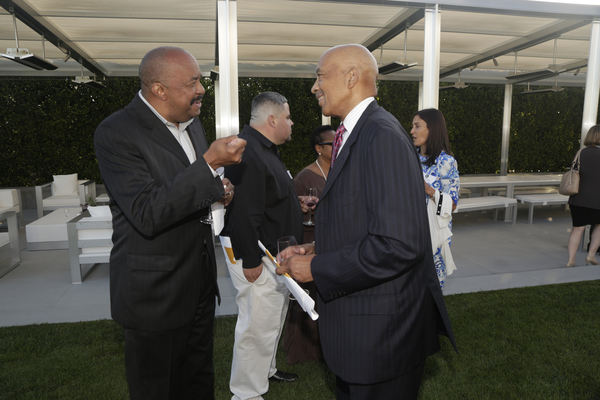 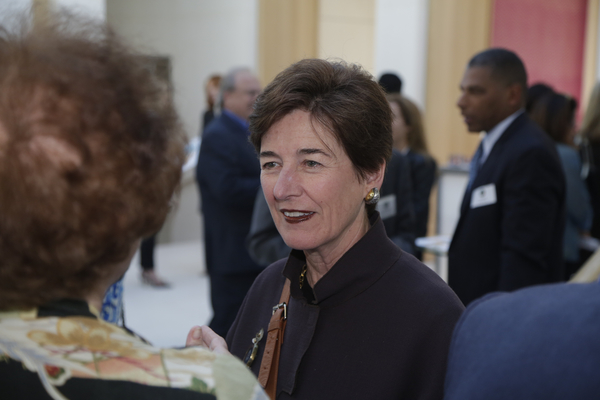