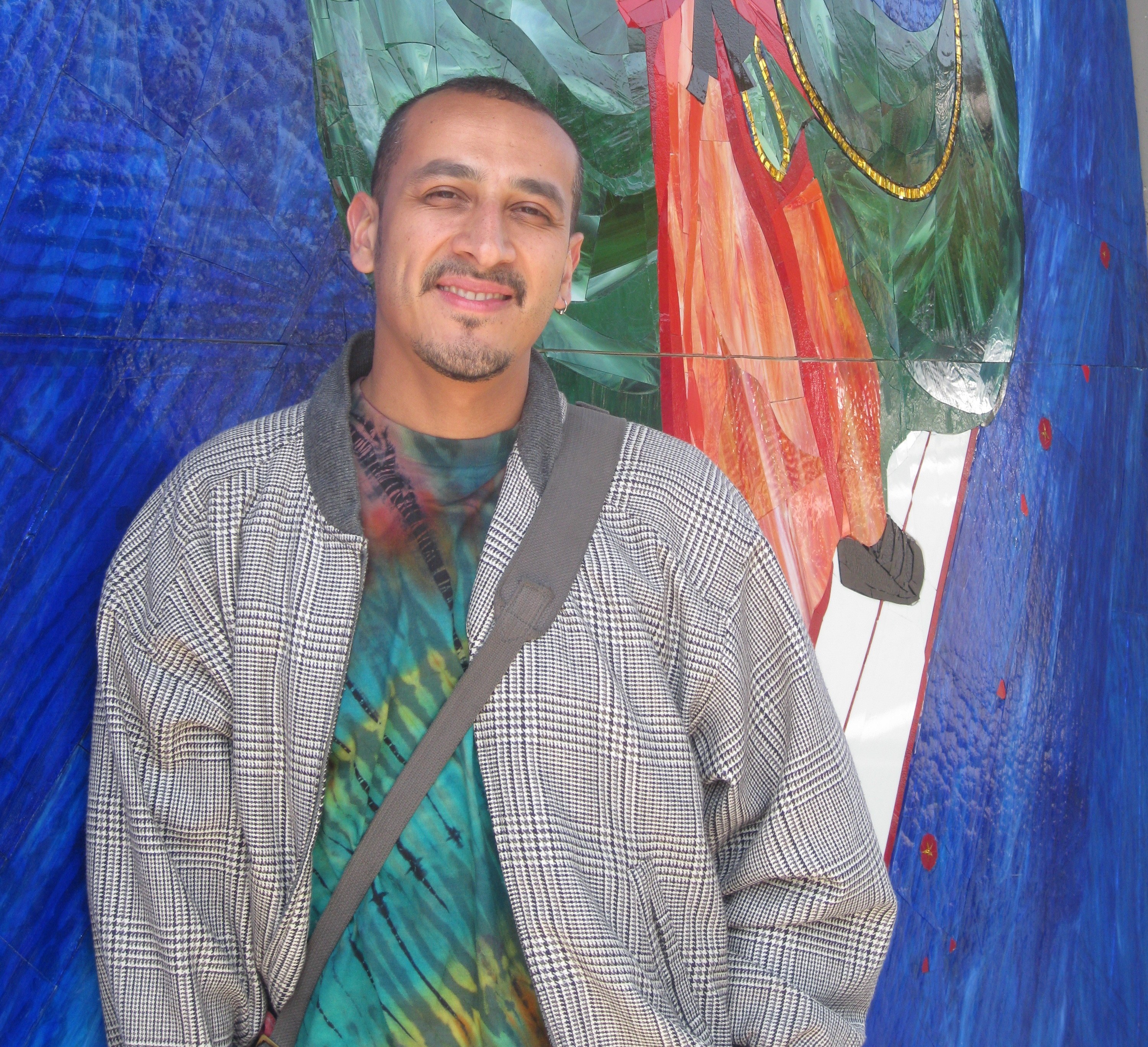 There’s been a lot of talk lately about the “unreadable” or “silo” nature of Los Angeles. It is true that we are a city unlike any other in the United States, in the world, or perhaps in the history of the world. However L.A. is also not some kind of indominatible mystery. (Our team at LA Taco tries every day to show that a city where everyone is obsessed with tacos is as normal as, say, any old East Coast city that might be obsessed with pizza slices.)

To sum up the counter-argument, Los Angeles is simply a big modern place, with lots of people, and big 21st Century problems that are desperate to be addressed. Unfortunately, in the recent years it seems as though civic leadership in L.A. has either abdicated its duty to solve many of these problems, or has offered uninspiring platitudes as excuses for being unable to do so.

Take, to cite one example, the recent turmoil over the Los Angeles Times.

Until local billionaire Patrick Soon-Shiong suddenly bought up the paper earlier this month, Mayor Eric Garcetti hardly raised a peep about the scandalous manner in which out-of-touch and out-of-town owners treated the LAT journalists in the past six months. Not much at all from members of the City Council, or from top labor leaders, top non-profit leaders, or from the admittedly dwindling ranks of L.A.’s corporate suite class.

No one in a position to make any kind of civically influential statement on the matter took pause, and asked: Like the paper or not, what does a smaller L.A. Times mean for Los Angeles at large?

I was deeply troubled by all this, because, for starters, I'm a former LA Times reporter. I learned the basics of the news business at the paper, and I will be eternally grateful for the role the newsroom had in shaping me as a journalist and reporter, day after day. When I left the LATimes for the LA Weekly in 2007, I never thought it would be just before the beginning of its contemporary decline. The past decade have proven to be volatile, toxic, and demoralizing for the newspaper by almost indicator, and this had had an impact on the city that is difficult to measure but definitely noticeable.

The trend goes back several years. Even as a string of subsequently mediocre or disengaged leaders dispatched from the Tribune or later Tronc companies in Chicago forced the metro newsroom into cutbacks after cutbacks, most of civic L.A. watched the demise of the newspaper as sort of the new normal, shrugging through it.

Traditionally in major U.S. cities, the daily newspapers produce the most in-depth investigative coverage for a metropolitan region, and do a daily review of the latest developments in politics, society, and culture. And while print is dying, the ethos and ethics of the pulp and ink product have translated generally over to the Web in most markets; the L.A. Times has not lost its overall reputation, winning multiple Pulitzer Prizes in recent years despite the turmoil, and today remains one of the top news sites in the United States.

Citizens obviously care about having a strong local paper. Recently, after the Soon-Shiong buy, the newspaper asked its readers what they wanted the LAT’s new owner to know. “I read this paper to participate in the Fourth Estate,” one wrote. Another said: “Let your reporters and editors do their jobs.”

I found the lack of engagement among city over this situation shocking as a fellow citizen of L.A.

One of the tenets of any robust democracy is a free press. The ideal is enshrined in the United States Constitution. And in local terms, it’s hard to imagine having any sense of a city around you without a press that holds up a mirror to it, in good times and bad. The recently announced partnership between the defunct local news site LAist and public radio station KPCC is an example of a step in the right direction, but so much more is still needed.

Now, to be clear, the L.A. Times isn’t perfect. Indeed it’s often behaved as an unnervingly indifferent L.A. paper. (Nothing says out-of-towners like naming your B section for local news “California,” which the paper did in 2001 after Tribune took over, and I still remember how woefully caught off guard the newsroom was by the historic march for immigration rights that drew at least half-a-million people to downtown L.A. on March 25, 2006.) But despite its missteps, the paper’s fleet of reporters, photographers, designers, editors, and web producers — as well as its salespeople, distributors, printing press workers, and executives — are as essential to the daily formation and maintenance of the Los Angeles that we know as is LAPD, our fire department, our beaches and parks, the DWP, and yes, the people who legislate the city’s future from the third floor of City Hall.

It wasn’t always this way. Back in 2009, when he wasn’t not-so-quietly running for president, then City Councilman Garcetti organized a Facebook group to protest the temporary killing of the California or B section. (The section came back in 2014.) And before that, civic leaders spoke to me candidly about the need for the paper to more accurately reflect the city’s half-Latino character (see my report “Shades of Brown,” from December 20, 2006, LA Weekly).

But this is where it gets a bit awkward.

Assuming city officials consider the hometown newspaper essential to the health of the city’s democracy means assuming they’d be open to being held accountable by its journalists. That’s not often a gesture that politicians — or even newspaper owners — are willing to make.

And this is where I begin to worry. If L.A. is a place where everyone is just doing their thing, everyone is their own expert, everyone is too busy to be civically engaged, do we need an L.A. Times — if apparently no one in power is missing it?

Absolutely we do. And not just the L.A. Times, but other local media outlets that have also suffered cutbacks or erosion of character in broader L.A. society. The signs so far are less than encouraging: The Jewish Journal has been trimmed down and gotten lighter; Eastern Group Publications, which owned six community newspapers on the Eastside, announced this month it’s shutting down after 40 years; and lay-offs and cutbacks keep slamming Digital First Media, which owns the Los Angeles Daily News, the Orange County Register, and nine other regional papers serving Southern California.

In a cultural capital like L.A., a robust local press sets the tone of the milieu. Los Angeles is a major epicenter for commerce, culture, and innovation. Because L.A. plays such a critical role in national and international affairs — with its massive port system, chomping inward into North America — it needs lots of reporters poking around and asking questions, checking out for citizen’s interests at the local level and in every jurisdiction.

What are those interests? First, the distribution of what I cheekily capitalize and call Useful Information. That’s any intel that is immediately useful to the reader’s interests: information pertaining to their home, their safety, and their rights, in the broadest sense possible. In other words, hard news. Second, accountability and a lever of checks-and-balances. The various government entities between city, district attorney, mayor, sheriff, etc. all face equal standard of accountability for their actions before the free local press.

That means it is ultimately in everyone’s interest to have a strong local paper.

Mayor Eric Garcetti appeared late to the discussion that was blowing up on social media for months after the head-spinning downward cycle at the L.A. Times in the past year. His official account appears to have deleted a tweet congratulating the paper for its sale. (I was one of several Twitter uses who responded to that message with less-than-generous reaction for his tardiness.)

Like it or not, leadership is about emotion — as Donald Trump’s success has so painfully proven. Emotions have to be harnessed by leaders to set a tone, draw a line, and inspire people. I don’t have an answer for what we can do to shore up local news coverage, with or without the L.A. Times. But I do expect that local leaders have an opinion on the matter, up or down.

So far, when it comes to a basic pillar of local democratic participation and action, Los Angeles civic leaders leave a lot to be desired.

Daniel Hernandez is a former staff writer at the Los Angeles Times, LA Weekly, and former Mexico bureau chief of VICE News. He is currently editor of LATACO.com, a local platform dedicated to news and food.