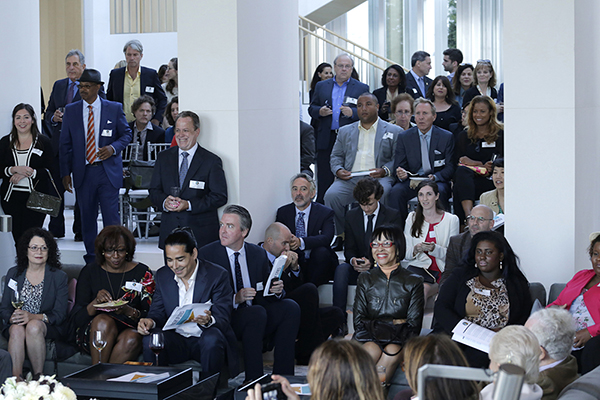 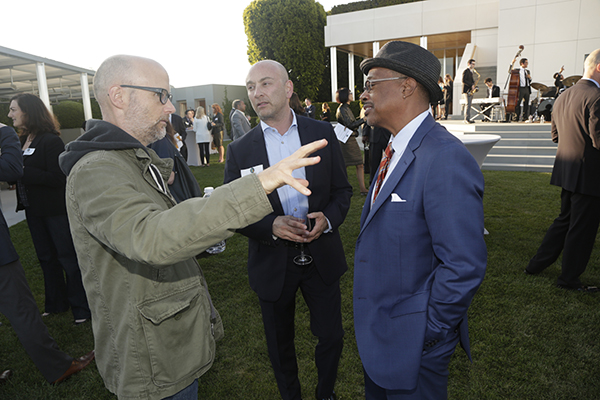 We remind one another that the Great Depression did indeed come to LA; more of the Joads come to Los Angeles than to the Central Valley. We witness the armaments explosion of the Second World War, and the unrequited wounds of internment.  Aerospace gets its technological and cultural due, either by way of Lockheed, Northrop, and TRW, or by way of new surfboard designs and materials, or the wet suit itself – all LA products bathed in Beach Boy sounds of the mid-Cold War. We use seismic metaphors to grapple with the 1960s – Watts, counterculture, the Civil Rights and Voting Rights Acts, the Immigration and National Origins Act of 1965 that remade LA demography and, in one fell swoop, rendering LAX one of the most diverse places on the planet.  We watch as the silent generation ends its silence – not that it ever was all that quiet, actually – with conservative electoral exclamation points. We build and build and build – track homes, freeways, skyscrapers, parkways and a few parks, dingbats, architectural experiments and blunders alike, cultural and educational and penal institutions. We can bookend the twentieth century with two so-called trials of the century; the first about class in the aftermath of the LA Times bombing of 1910, the second about race in the OJ trial.

What undergirds so much of this is a professorial insistence that we understand the sheer velocity of the last two centuries of Los Angeles history.  Imagine you are a child seeing Lewis and Clark head out of St Louis on Thomas Jefferson’s 1804 errand into the wilderness, tasked with finding the Northwest Passage running somewhere through the heart of the Louisiana Purchase.  Find that, he told them, but watch out for monsters while you are at it.

As an elderly person, you could have taken a train the length of the fully realized continental nation, you could have gotten off that train at the depot where the Cornfield is today, and you would have lived from one era to another, eras of astounding change symbolized entirely by the LA you would have found yourself in – brash, adolescent, Mediterranean, and yet so very western.

Or another example: barely more than a century separates the LA moment of Cal Rodgers landing his Vin Fiz aeroplane in Pasadena, the first to fly cross-country – it took him three months – and the space shuttle Endeavor (named for one of Captain Cook’s Pacific voyaging ships) going to its rest home in Exposition Park.

Change and history don’t just go together; they are the same thing – and here we are again on a cusp of both, as we always are.

Architecture critic Christopher Hawthorne, here this evening, has recently imagined and then constructed a brilliant concept as to this moment we find ourselves in – a nascent third LA.  First is the established village of ambition, a core of industry, population, and infrastructure, a metropolis in the making.  Second LA saw that come to pass, but the centrifugal forces of suburbanization, and all that such entailed in realms of privacy, detachment, automobility, worked against earlier ideas and were celebrated precisely because they did so.

Centripedal urban exuberance is now a powerful force of creative change.  Having gone outward in an earlier era’s celebration of what we’d call sprawl, LA is decidedly doing something different now, or at least, as Hawthorne has noted sensitively, it might be.  It’s too early in some ways to tell for sure.

But here we are tonight, trying to get arms and brains and imagination all the way around this place that can seem as large and mysterious as the Louisiana Purchase of old.  I find optimism in our very gathering, with the caveat that we all know that optimism alone won’t take us very far.  History can help, I think; history should always be one of the tools by which individuals, groups, or entire societies tackle their present or future.  It exercises its power regardless; better to acknowledge and learn from it than to ignore it.  First, second, third LA – history marks those sequential divisions and has so much to teach us.

I’ll offer one companionate LA arithmetic in closing, and it’s simply binary.  In that period of velocity, LA grew precisely because its builders, and its leaders and its visionaries glimpsed the infinite in the place.  Nature and natural bounty was infinite, there was no telling how big the vegetables and fruits could get, the sunshine offered limitless, antiseptic goodness for all, the basin spread out in infinite seductions sirening the good life, oil would last, cars would make life infinitely better, and so on.  Even when infinite bumped into finite – not enough early twentieth century water – the riparian solutions of the Owens and Colorado River were championed as solving the problem forever.

There’s a break here, somewhere in the recent past.  Today we acknowledge the finite in the face of limits.  Los Angeles became what it is because limitless possibilities were not only believed, they were acted upon out of that unquestioned faith.

We enter now into a history of limits. Not of the human spirit, not of creativity, or imagination.  On the contrary: we rightfully celebrate this place as extraordinary in human history as regards human capital and initiative.  We champion the lack of elsewhere strictures we feel out here.  And we acknowledge that the limits we now recognize – environmental limits, equity limits, access limits, healthcare limits – are the challenges within which we must work.  These are not easy problems, and they aren’t of course LA problems except in their specific incarnations.

But how exciting it is to recognize that the challenges are increasingly being met by coalitions moving well beyond convention: coalitions built of this or that community, this or that neighborhood, this or that group or demographic or background.  We can and must maximize creativity and imagination by doing more to enhance our lack of strictures or to enhance our westernness, our Californianess, our LA- ness. From good ideas comes community and from widely imagined and welcoming communities will come more good ideas.   And from such electric synergy will come leaders shaped and inspired by arising from it.

That juggernaut that is Los Angeles change is not and will not slow down. Limits themselves will produce their own, and different, momentum. Historical velocity is a given; let’s ride it and, as we can, let’s steer it.